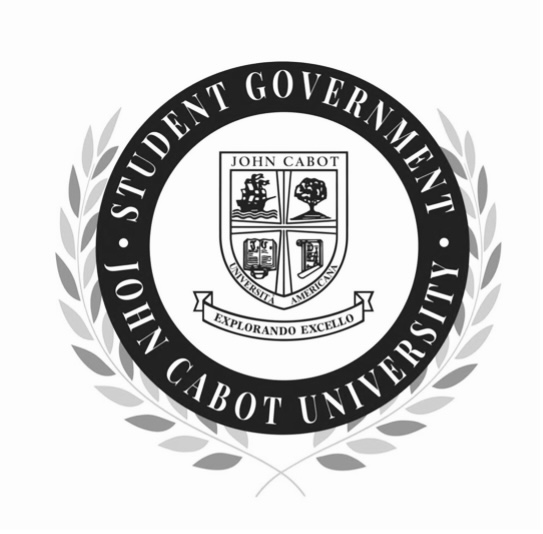 Attendance is encouraged to group meetings for students to share viewpoints on the university and bring the community together.

ROME – JCU Student Government introduced Student Forums this semester as a new approach to achieving their goal of “community building.” The forums are held every second Monday on Tiber campus since Sept. 19.

Early in this semester, on Sept. 16, JCU students received an email from Student Government announcing the forums, previously referred to as Town Halls. The email stated their “welcoming” of inclusion and participation of students from all years and majors.

Carlos Santander, Student Government Vice-President, said the Student Forums intend to provide students with a space where they can openly express queries without fear of further question or repercussion, “where no one is going to judge them.”

Santander said a goal of the current cabinet is to bring the JCU community back together after COVID-19. Coming into this semester, he said there was a “big distance between the students” since much of the community had been attending online, often from their home countries far away from Rome.

“After COVID-19, we wanted to make John Cabot a safe, fun, and interesting space of learning and enjoying for students,” said Escudero.

The creation of Student Forums follows the reinstatement of the Student Policy Advisor position in the Student Government last year, filled by Betselot Dejene, Sophomore International Affairs major. This position gives students a contact point for any questions or concerns they may have. Prior to this position, this job was done by an organization of students called JCU Student Policy Advisors (JCUSPA).

In the forums, students can bring up any concerns they wish to be addressed, including academics, resources, specific cases, and any issue regarding the university. Members of the Student Government answer questions in the sessions but also work through more complex issues that require further assistance.

Dejene said it was difficult to get students to come to speak to her, and since the position is relatively new, last year was “pretty dormant.”

Students also seem less engaged since the pandemic, said Dejene. People expect to come back to the old way of life, but it may cause some discomfort for many, she says. The forums allow for a more open discussion where students feel more comfortable and are more encouraged to speak when they hear others speak.

In a 2020 survey conducted by UNESCO, researchers said that “the vast majority” of young people missed the opportunity to voice their opinion as a result of the pandemic and were deprived of the chance to “learn the competencies to assert their rights.”

A 2021 New York Times report by Eliza Fawcett also reveals that incoming college students are more “reserved” and “less eager to engage” and hesitant to connect. Amy Hughes-Giard, an assistant vice-provost at The University of Oregon, says the university is trying to find new ways to “instill a sense of belonging.”

Violeta Nanutti, a Senior Communications student at JCU, says the return to an entirely on-campus semester was “hard to navigate and adapt to.” As a member of several clubs, she said being involved in the university was a “vital” part of integrating into the community again.

The Student Government members in attendance vary each session as they take turns to ensure all are involved, according to Escudero.

After meetings close, concerns are brought to the appropriate JCU administration member who works to solve the problem, says Santander.

According to Dejene, when students share their thoughts, and others are able to agree, relate, and share similar stories, it is easier to identify main issues and make changes. She says the Student Government has a general idea of the concerns that will be brought up, so there have not been any “surprises.”

The extent of “success” of these forums is still to be determined, as many of the issues that students bring up take time to change, says Santander. He said the Student Government will have more of an idea of how successful these meetings are next semester or even next year.

Overall, participation among the students has met their expectations, according to Escudero, and there have been “enough” students to discuss several concerns.

For over 10 years, the JCU Student Government has hosted variations of academic or student forums until COVID-19 brought them to a halt. Since then, there has not been a similar mode of communication for students to resort to.

Previously, communication with Student Government has taken place in other forms as well. In 2017, they invited students to attend the Office Hour in Tiber Cafe twice a week to speak to members. Most recently, appointments could be set up on the official Facebook page. Finally, students have also always been encouraged to contact members directly.

The Student Government is made up of eight cabinet members and six senate members, also known as Student Department Representatives.

The purpose of Student Government is to “focus on bridging the gap between student, faculty, and administration members,” describing themselves as “students advocating for other students.”

According to a peer-reviewed study conducted by several faculty members at California State University-Chico on first-year university students, students who attended town hall meetings developed a greater interest in engaging and participating in their university.

UN report: The Impact of COVID-19 on student voice.

How the pandemic affected student engagement

UH Researchers Publish Study on Student Engagement Before and After Pandemic