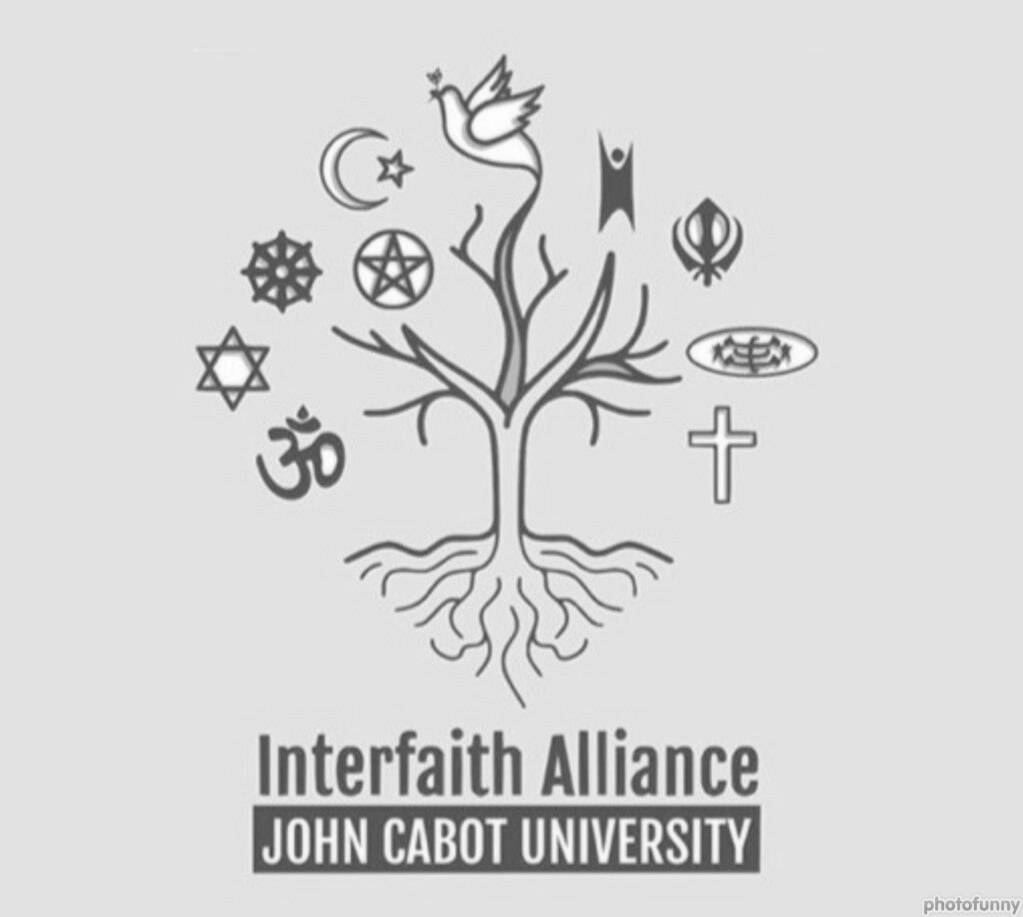 ROME – Starting this semester, the club Interfaith Alliance  reemerges from the need for an outlet of religious diversity that was missing in the JCU community, according to Club President Addison Hollomon, senior International Affairs major.

The Interfaith Alliance is a community of students interested in questions of religious identity that encourages interfaith dialogue in a multicultural environment. According to the club’s website, the goal is to engage students with religious diversity, both off and on campus, through discussions, invited speakers, community service, off-campus visits to religious sites, and other events.

“Interfaith is not just learning about other religions, but also about discovering yourself and exploring what you believe about the world,” said Hollomon.

Hollomon said the club can positively impact the community “through discussion and dialogue that allow us to see similarities and differences.” She said students can “learn about people of diverse religions and at the same time make friends.”

In the club’s meetings, participants select one topic and discuss it, from meditation and afterlife, to forgiveness, fasting, head coverings. They meet on Critelli campus (C.2.3) at 6 p.m. for regular discussions of 90 minutes.

“At the first meeting, it was so nice and eye-opening to learn about the different religions and beliefs that we have in our community,” said Gioia Kunst, Junior Psychological Science major. “I think the Interfaith Alliance is a great step towards including inclusivity in our school.”

The club planned a visit to The Great Mosque of Rome on Dec. 3. They are organizing a visit to the Jewish Ghetto and a combined celebration of Christmas and Hannukah at the end of this semester.

“The club is about sharing,” said Treasurer Eleonora Cammarano, senior International Affairs major, agnostic. “The idea is that diversity and confrontation can enrich us, and the more we know, the fewer stereotypes we have and can be open-minded.”

The board is composed of six students representing different faiths including Evangelical Christian, Sikh, Orthodox Christian, and agnostic. They participated in the Student Fair with their booth, where about 60 students expressed interest. And five students signed up as members in addition to the board.

Cammarano said she hopes the club will provide the opportunity to ask questions and highlight that religious and non-religious individuality alike is not a discriminatory element preventing students from constructively engaging with each other.

Vice President Betselot Dejene, Sophomore International Affairs major, said that within the JCU community there is a shared understanding of the importance of tolerance and openness as a common value, which makes it a stimulating environment for interfaith dialogue.

“JCU brings a cosmopolitan mindset to the table,” said Harman Singh, Sophomore International Affairs major and Board Member at Large of the club. “Interfaith Alliance provides a unique platform and space for us to visibly be able to recognize the differences that people bring to JCU from all around the world.”

According to a survey conducted by the JCU Diversity, Equity, and Inclusion Task Force in 2021, 96 percent of respondents never experienced discriminatory events at JCU on the basis of religion.  Of 353 respondents to the question, “What is your religion or belief system,” the most represented faith at JCU was Roman Catholicism with 27 percent, followed by “no religion,” 19 percent, and agnosticism with 18 percent.

The Origin of Interfaith Dialogue at JCU

Before the Interfaith Alliance, a 2014 initiative started at JCU with Chadiedja Buijs, a Muslim student who requested the need for a space within campus for Muslim students to pray, explains Pamela Harris, Adjunct Assistant Professor of Law and Associate Dean of Academic Affairs

“This raised interesting issues on how JCU thought about religion and what did it provide for students coming from different religious backgrounds,” said Michael Driessen, Associate Professor of Political Science.

An Interfaith Initiative board was then created by Driessen, Harris, and Associate Professor of Philosophy, Tom Bailey.

The Interfaith Initiative was meant to be both an academic institute for research of interfaith dialogue and a resource for students seeking religious support in Rome. The first project was the creation of the Meditation Garden in the inner courtyard of the Kushlan Wing in Guarini Campus.

During Professor Driessen’s sabbatical, no other students expressed interest in forming a new board and then the pandemic began, Harris explains. After the initiative stopped, the need to continue offering support and services to students was addressed by the Office of Community Service, Religious Life, and Multiculturalism, created by its director, Julia Del Papa.

“Most of my work is community service,” said Del Papa. “But we also thought that religious and spiritual life in general, multicultural affairs, and supporting students from different backgrounds, could work together; that’s how the office came about.”

Rome’s religious distribution in the population and perception of Catholicism and religious diversity has changed over the years in a country perceived as mainly Catholic.

Rome has 900 Catholic churches, 13 synagogues, five Buddhist temples, one Sikh temple, and 11 mosques, including the biggest mosque in Europe.

Sociologist Valeria Fabretti and anthropologist Pietro Vereni refer to Rome as a “religious global city,” in which non-Catholic groups perform their identities on a global stage and where different traditions and organizations have an institutional role and international resonance.

“Rome is an interreligious hub,” said Professor Driessen. “All religious groups are interested in having a relationship with Rome. It attracts massive global religious networks and not only from Catholicism but in conversation with every religion.”

In 2020, 22 percent of Italian citizens belonging to religious minorities were Muslims— representing the largest share. Other predominant faiths after Islam were, Protestants, Orthodox, and Jehovah’s Witnesses.  In 2021, a 32.3 percent majority of the foreign population living in Italy identified as Orthodox Christians, and 27.1 percent as Muslims.

The level of public trust in the Catholic Church among Italians has decreased 11 percent in a span of 11 years. In a 2020 survey, 25 percent of respondents defined their relationship to the Church as traditional while over 60 percent of interviewees declared either not to be practicing or not to be Catholic.

According to Professor Harris, in Italy it is difficult for groups to assert their religious freedom rights, because Italy doesn’t have a general law on religious freedom, and the legal regulation of non-Catholic religion is still contained in a law that dates to 1929.

The Jewish community has different holidays than Christians, and the law recognizes them because they have an agreement with the Italian state, known as “Intesa,” which entitles the right for religious holidays. The Muslim community doesn’t have this agreement or “Intesa” with the Italian government, so Muslims need to ask their employers to be excused from work, which is a request not protected by law and thus employers don’t have a requirement to accommodate for religious reasons, explains Harris.

Many religious communities have difficulties bringing over ministers of worship because visas from abroad are granted if applicants have the “intesa,” which provides a lot of financial benefits.

“Those who don’t have an ‘intesa’ have much less access to funds, and we could argue that you actually need funds to exercise religious freedom,” said Professor Harris. “Religious freedom costs money.”

According to Professor Driessen, there is a strong polarization and national conservativism in Italy which have a strong religious dimension—and the response to that is dialogue.