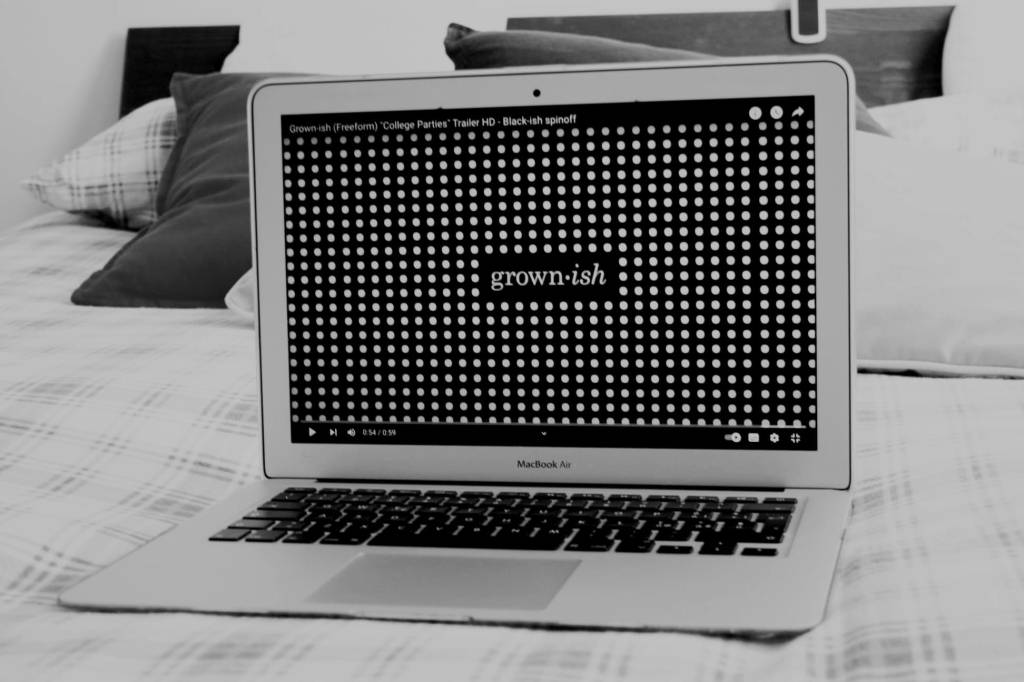 TV comedies and dramas lead us to reflect on our own experiences and what it means to grow up.

Teenage dramas have always been my safe harbor; a comfy shelter where I could laugh, cry, end up having a whole existential crisis, all at once. But when you turn eighteen and realize you have to say goodbye to your high school teenage daydreams, what fictional character will provide you with emotional support? When teenagers graduate high school in TV, you rarely see them stepping into college; there is always that 3 – 5 years’ time jump in which a female character suddenly changes her haircut and wears a grey suit, and that should be enough to turn her into a mature adult. But what happens in the meantime? What lead that person to tell the hairdresser “I want that self-asserted-woman bob-haircut now that I got my bachelor’s degree?”

So, which TV show will resonate with us when we, too, face that huge shift from the high school microcosm to a new college life full of possibilities? The millionth rewatch of the fourth season of Gilmore Girls. But once I realized I could easily sum up each of Lorelai’s jokes at the unmissable Friday night dinner at Emily’s and Richard’s, I also realized I needed to look for something new, because even Rory Gilmore knows when it’s time to start a new book.

Hence, during my second semester of university, I decided it was time to stop clicking “next episode” on Netflix, abandon my comfort TV show, and find something new. Although I kept postponing getting a driver’s license, I wanted to prove to myself I was finally a grown-up. So, I did what every grown-up does: I opted for a Disney Plus subscription. Please, don’t judge me; everyone needs to sing along to “The Start of Something New” with Gabriella and Troy and to dream of talking toys and a genie in a lamp from time to time. But one day, I unexpectedly found out they added the first two seasons of a series, Grown-ish (2018, directed by Kenya Barris and Larry Wilmore). The show follows a group of friends throughout their college years, going through many of the challenges that most students face during this time.

I finished it in three days. Before the closing credits even ended, I was already googling: “When will the third season of Grown-ish be available on Disney plus?” Unfortunately, I had to wait a whole year before watching the remaining two seasons of the series. But what a wonderful feeling, being so caught up in a TV show that you are not able to do anything else but watch it 24/7! So, I wonder, why did I get so addicted to the dramas of those fictional characters?

First point: each episode lasts about 20 minutes, which is great if you only have a half an hour break before going back to studying (…less great if you end up watching three episodes in a row.)

Second point: you can’t help laughing. If you are having a bad day and just need to laugh it out, that’s the comedy you are looking for.

Third point: it speaks the truth.

Don’t take it too literally, the story is definitely fictional; what I mean by “truth” is that the struggles it displays, although in a very light mood, are true. The series explores the whole range of college hardships and taboos; from roommates-fight to anxiety issues and sociopolitical commitment, from managing money and the unstable relationship between party time and study time, to relationships; they are all there, all the issues that characterize people entering the “grown-up” area, facing the terrifying question; what does it mean to be grown?

Being able to use a washing machine? Cook spaghetti? Pay bills? What defines us as grown-ups besides that bold new haircut? I guess the title of the series gives it away; maybe we are all just a bit grown-ish. Sometimes we have that superhero-attitude and feel the weight of the world on our shoulders; other times we are childish, stubborn, and a bit irrational. Basically, we become a sort of Marvel superhero; we have the power to save the world, but we cannot help sharing a sarcastic comment about it.

In short, how did Grown-ish impact my life? I guess it made me realize that, even when we feel like those tormented superheroes, we must remember that we can allow ourselves to laugh it out sometimes. We can have fun, enjoy the jokes and the joy of that child within us, and still be our own story’s superhero. That to be grown means to know how to be grown-ish.