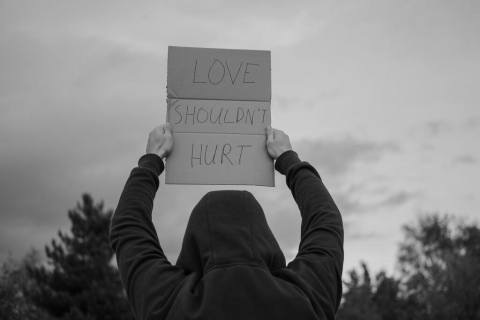 A review on Serena Dandini’s 2013 book on worldwide femicides.

Ferite a Morte (2013) is a book conceived and written by Serena Dandini, an Italian writer, presenter, and television author.

With the advent of globalization, social and technological developments have led to the global connection of individuals. The Internet over the years has made stories from all over the world accessible to everyone. Thanks to this process in recent years, problems that have always existed have been rediscovered and put under the spotlight.  Reports have made it possible to know more about situations that have been hidden from the public for a long time. It is in this scenario that Dandini develops the desire to author a book that would once again bring to light what, despite everything, is still ignored.

Wounded to Death is the result of the desire of not remaining silent, the desire to spread a precise message: that violence, rape, femicide, illegal abortions, and dozens of other episodes are much closer to us than what we might think. It is a book that shows all the terrible things that happen every day with hope for a better world. In recounting the birth of the book, during a presentation in Casa Internazionale delle Donne di Roma, Dandini herself comments:

“Along the lines of Edgar Lee Master’s Spoon River and borrowing a title ‘poetic in its tragicity,’ that of a novel by Raffaele La Capria [Mortally Wounded, 1961], I began to write with the desire to punch the stomach to draw attention to dramatic events, a pervasive phenomenon.”

And these dramatic events are precisely femicides: killings of women for being women and perpetrated by men who usually know the victim in question. There has been a big debate around the word itself, but the existence of a category of femicide puts in the spotlight the killings that took place in a social, cultural, and political context, which allows and tolerates acts of male violence against women.

It is a pervasive phenomenon that has always plagued the world. Deaths, in fact, are the tip of the iceberg of an experience and a daily life of violence and oppression, which is absolutely transversal to geographical areas and social classes. Since 2005, the deaths of cultured women have increased; The more there is emancipation – adds Dandini – the more this “guilt” must be punished.

The book is a possibility to shed light on governmental and social problems related to femicides. In Italy, for example, the new rules against femicide act exclusively on the level of harsher penalties and precautionary measures. In addition, in Italy, there is no national observatory on femicide, and it is impossible to establish with certainty whether or not there has been an increase in this phenomenon in the country.

To date, the main research available is that conducted by the Casa delle Donne per Non Subire Violenza of Bologna, which bases its results on the news broadcasted by the mass media. Dandini does nothing but report the reality of the facts, with the intention of denouncing the injustice that pervades the entire topic and the pain that every woman victim of violence feels because of the general indifference that is shown to her case.

Since women victims of violence eagerly wish to tell their stories and they all wish that no woman should ever feel this way again, the author had the idea of making them, the victims, speak their vision of the facts, in order to then reveal the whole story, even what it is usually left out. They are given the opportunity, even if they are dead now, to have the last word, to finally be able to tell what they were thinking at the time of the incident, why it happened, and what they have felt once they had died, hoping to instill courage in those who are still in time for saving themselves.

With their voices, deceased women have the opportunity to show us what it feels like and how they got to this point.

In the story Honeymoon, there is an example of the levels that the human psyche reaches in situations like this.

“So much the true essence of me was no longer there, I had become his thing and a thing cannot die because a thing is inanimate (62). ”

Indeed, the most beautiful thing about reading this book is to observe how women can differ from one another: there is one who ends up hopeless; there is one who dies from something unexpected; and there is one who fights until the end, even after death. This book is a way to treat the diversity and uniqueness of every woman’s story. Through alienation, those voices which were silenced in this world, restore, in the afterlife, the possibility to speak up.

“Luckily, where we are now, in this sort of women’s afterlife, our scars disappear even if we are wounded to death. This will be a reward for what we went through while we were alive. We go back to be smooth as children, us women have a few benefits, at least when we are dead (from Angry Brides, 77)”.

Everything they felt, even those things less talked about and less understood: their tendencies to justify themselves, the understanding towards women gripped to a sick form of love that leads them to say, “after all, he thought about me”, even after being brutally murdered. However, with the same technique is also possible to show how women are resilient and strong creatures.

This is a way to instill bravery inside the reader’s mind, most of all in female readers, in order to deliver a message of denouncement and equality. These femicides are the result of a conflict, a battle driven by those women who refused to stay at the corner. This is a message of hope.

The same Dandini called it the Anthology of Spoon River of women, offering an efficient synthesis.

“I wanted that these women, at least after death, were free to tell their own story, in order to bring to light and give color to their dulled ghosts. […] I wanted to reshape them from bodies to dissect them into real women with feelings and grievances. But also, through sarcasm, ingenuity and their strength that was dulled when written in official necrologies (14)”.

When writing “official necrologies,” Dandini refers to the shattering chronicle as the kind of journalism that automatizes acts like gender-based violence and femicides and transforms them into everyday occurrences. With this book, Dandini tries to give the proper importance to what really happens and to give voice to who can actually tell a part of the story, without justifying or aligning with the aggressor. Today’s chronicle leaves space for sensationalism, neglecting essential details that could help to better understand the reality of facts.

“Whether it’s Melania, Chiara, or Jara, these women are always called by name, with an embarrassing, almost obscene familiarity. And so they are killed a second time, sacrificed on the altar of the Auditel with the complicity of a host of relatives and relatives subjugated by the media firefly (13)”.

But unlike several books on gender-based violence recently published in Italy, Ferite a Morte does not focus only on femicide in Italy, but it widens to embrace a global scenario.

The author, in collaboration with Maura Misiti, a demographer and researcher of the Consiglio Nazionale delle Ricerche, collects factsheets of practice descriptions that are quite different from one another, but that are united by a common root: the object of the violence is the woman for the mere act of being a woman. From the killings and rapes of women in war situations to women burned because of dowry in some states of South Asia from the abortion of female fetuses and infanticide of girls in China, India, and Bangladesh to the mass killings of women in Mexico, these mentioned are only some of the situations illustrated in the book.

Gender-based violence, domestic violence, misogyny, and sexist discrimination are world phenomena that in one way or another profoundly affect today’s global society. Women from all over the world are constantly exploited, raped, assaulted, and/or killed, and there always seems to be a reason, which must not have any space left in the new millennium.

I decided to read and write about this book because, like Dandini, I feel an urgent need to clarify, to show the world what we are capable of doing without any power dynamics. The aim of telling those stories is neither to provoke pity, nor to put in the mind the thought: “poor women”; on the contrary, it is a book that wants to inspire, denounce, and encourage.

From the past, from the stories of others, it is possible to see what is wrong and consequently improve, or at least recognize the reality of the facts, which many still struggle to do. These are strong women who have resisted, protected, and defended themselves: those who were exploited to give money to their family, those who worked simply to have a better career; from those who risked their lives to go to school, to those who fought for a safer life for themselves and for other women. It is a strong and clear message, which will continue to spread, hoping that something will change.

But change does not come by itself, change starts from us.