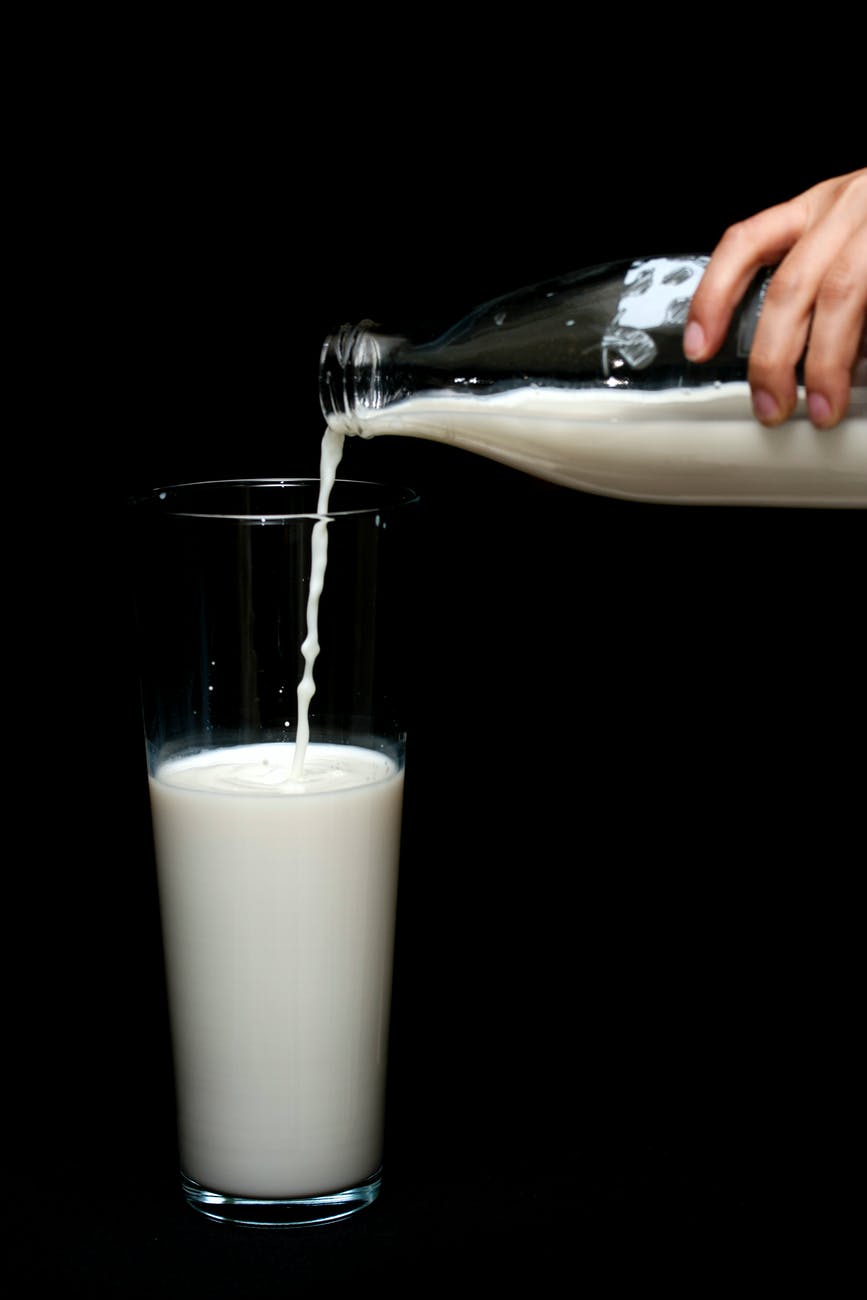 Photo by Engin Akyurt on Pexels.com

A type of diet wherein the organism derives energy and nutrients by feeding on both animals and plants.

Diet includes a wider range of food sources, including fungi, algae, and certain microorganisms. Organisms that thrive on an omnivorous diet are called omnivores. The word is derived from Latin “omnes” (meaning all) and vorare (meaning to devour). Thus, they are also described as “all-eaters.” Examples of organisms with omnivorous diets are humans, chickens, and rats. These organisms have distinct characteristics hinting that they are naturally omnivores.

There are a wide range of omnivorous diets, so generalizations are difficult to make. However, a balanced omnivorous diet provides all necessary nutrients and contributes to health. Although many may think that this diet is the best one because it includes everything, studies have shown an increased incidence of chronic disease among those who eat meat. While the animals are reared, they are given hormones to encourage fast weight gain. Although this practice speeds up the time it takes for the animal to grow and reduces feed costs, it presents some human health concerns and questions around animal welfare. Currently, the United Kingdom has a ban on producing and importing hormone treated beef (and other hormone treated meats) due to public health concerns. But there is pressure from the United States to accept these imports as part of a new UK/US trade deal.

Meat production is projected to double by 2020 due to increased, per capita global consumption of meat as well as population growth. The livestock sector is one of the most significant contributors to urgent environmental problems. In Europe, food consumption is responsible for approximately 30% of total greenhouse gas (GHG) emissions. Meat generally has a considerably higher carbon footprint than plant-based food. This is especially true for beef, due to the emissions of methane (CH4) from enteric fermentation in ruminants.

To put these figures into context: the planet faces growing water constraints as our freshwater reservoirs and aquifers dry up. By some estimates, farming accounts for about 70% of water used in the world today, but a 2013 study found that it uses up to 92% of our freshwater, with nearly one-third of that use related to animal products.

It’s important to remember that eating fish, especially fatty fish, provides increased long-chain omega-3 fatty acid intake. People who follow this particular diet or people who just eat a lot of fish have lower blood pressure, a lower risk of abnormal heart rhythms, and fewer fatal heart attacks than those who do not include seafood in their weekly diet. The last diet is the vegan one, where meat, poultry, fish, eggs and dairy products are excluded, as are all foods that contain those products.

Increasing numbers of people are moving toward vegan diets due to health, animal welfare, or environmental causes. A Gallup poll report from 2018 showed that about 3% of people in the United States are fully vegan and notes that sales of plant-based foods are rising. The correlation analysis of the theory of planned behavior (TPB) shows that there are significant relations between motives, subjective norms, attitudes, behavioral intentions and the behavior about adopting a vegan diet. Each of these concepts is measured with regard to animal-welfare and environmental protection.

A lifestyle that excludes all animal products and attempts to limit the exploitation of animals as much as possible.

The term “vegan” was coined in 1944 by a small group of vegetarians who broke away from the Leicester Vegetarian Society in England to form the Vegan Society. They chose not to consume dairy, eggs, or any other products of animal origin, in addition to refraining from meat, as do vegetarians.

Veganism is currently defined as a way of living that attempts to exclude all forms of animal exploitation and cruelty, be it from food, clothing, or any other purpose.

Why do people go vegan?

People may choose to go vegan for a variety of reasons, including ethical, health, and environmental concerns.

Ethical vegans strongly believe that all creatures have the right to life and freedom. Therefore, they oppose ending a conscious being’s life simply to consume its flesh, drink its milk, or wear its skin — especially because alternatives are available. Ethical vegans are also opposed to the psychological and physical stress that animals may endure as a result of modern farming practices. For instance, ethical vegans deplore the small pens and cages in which many livestock live and rarely leave between birth and slaughter. What’s more, many vegans speak out against the farming industry’s practices, such as the grinding of live male chicks by the egg industry or the force-feeding of ducks and geese for the foie gras market. Ethical vegans may demonstrate their opposition by protesting, raising awareness, and choosing products that don’t involve animal agriculture.

Some people choose veganism for its potential health benefits. For example, plant-based diets may reduce your risk of heart disease, type 2 diabetes, cancer, and premature death. Lowering your intake of animal products may also reduce your risk of Alzheimer’s disease or dying from cancer or heart disease. Some choose veganism to avoid the side effects linked to the antibiotics and hormones used in modern animal agriculture.

Chicken is one of the most common types of protein since it can be an alternative for red meat.

Many people follow a pollotarian diet, a type of diet in which chicken, turkey, duck, and all forms of poultry are allowed. One of the reasons people might decide to follow this diet is that poultry doesn’t affect the environment as much as red meat. To produce 1kg of chicken 1.86 kg of CO2 are emitted and 4,325 liters of water are used.

Although it is good for the body, it is not so good for the environment. To produce 1kg of pork 2.30 kg of CO2 is emitted and 5,988 litres of water are used.

Red meat provides us with iron, and it’s the main source of vitamin B2. The real problem with beef is its impact on the Earth. Almost 30% of land is used to raise livestock, emitting, for only 1 kg of beef, 6.18kg of CO2 and using 15,415 liters of water.

The legume family consists of plants that produce a pod with seeds inside. The term legume is used to describe the seeds of these plants.

Legumes have a remarkable nutritional profile and are a rich source of healthy fibers and protein. Legumes are naturally gluten-free and high in protein, which is why they are often present in vegetarian and gluten-free diets; besides, their low fat and sugar content makes them particularly suitable for low-calorie diets.

Legumes are among the best plant-based sources of protein and are chosen as main protein source in vegan diets. Their nutritional properties include the presence of antioxidants, B vitamins, C, E, PP and essential minerals such as iron, manganese, copper, calcium, potassium and magnesium. Finally, besides being fundamental in the regulation of digestive functions, legumes are rich in fibres, which contribute to the control of cholesterol and glucose levels in the blood. Legumes also contain unsaturated fatty acids (omega-3), particularly beneficial for the cardiovascular system as they prevent the accumulation of triglycerides in the blood.

A 100g of chickpeas contain about 19g of proteins .

4,177 liters of water are used to produce 1 kilogram of chickpeas

A 100g of lentils contain about 9g of proteins 5,874 liters of water are used to produce 1 kilogram of lentils

0.9 kg CO2 are emitted to produce 1 kilogram of lentils

One example is eggs. Eggs are a great source of high-quality protein, as the average egg contains about 6-7 grams. On the other hand, the production of eggs has a huge environmental impact mainly coming from the caretaking of chickens. A study at the University of Oviedo which focused on 18 different environmental categories discovered that the greatest climate impact comes from the livestock feed and the replacement of old hens with younger ones. The data collected shows that the production of one egg produces 4,8kg of CO2 emissions, most of which comes from feed production, on-farm energy use, and nitrous oxide gases from the poultry litter and fuel combustion. In the last decade, egg production has reached a volume of 68 million tons worldwide.

Another concern is the amount water used to produce one average-sized egg. Around 53 gallons (about 200 litres) are used mainly to produce chicken feed. Some small part is also consumed for drinking and a bigger part for irrigation. Even though a lot of water is being used, there is a positive point of view; data shows that it takes 32% less water to produce a dozen eggs as compared to thirty years ago.

Growing livestock is also one of the main causes of deforestation. 33% of land in the world (the size of France, Belgium, Germany and The Netherlands combined) is dedicated to soy production. 70% goes to feed livestock whereas the remaining part is eaten by people.

Even though dairy milk has a really high impact, people have started drinking different types that in a comparison have fewer consequences, mainly because they don’t come from animals.

Almond milk produces and consumes about a half of what dairy milk does. Rice milk, oat milk and soy milk consume even less.

In conclusion, nowadays, there are many ways to moderate the environmental impact that we make through our habits. A little change could really help, even without a drastic shift in our daily diet.