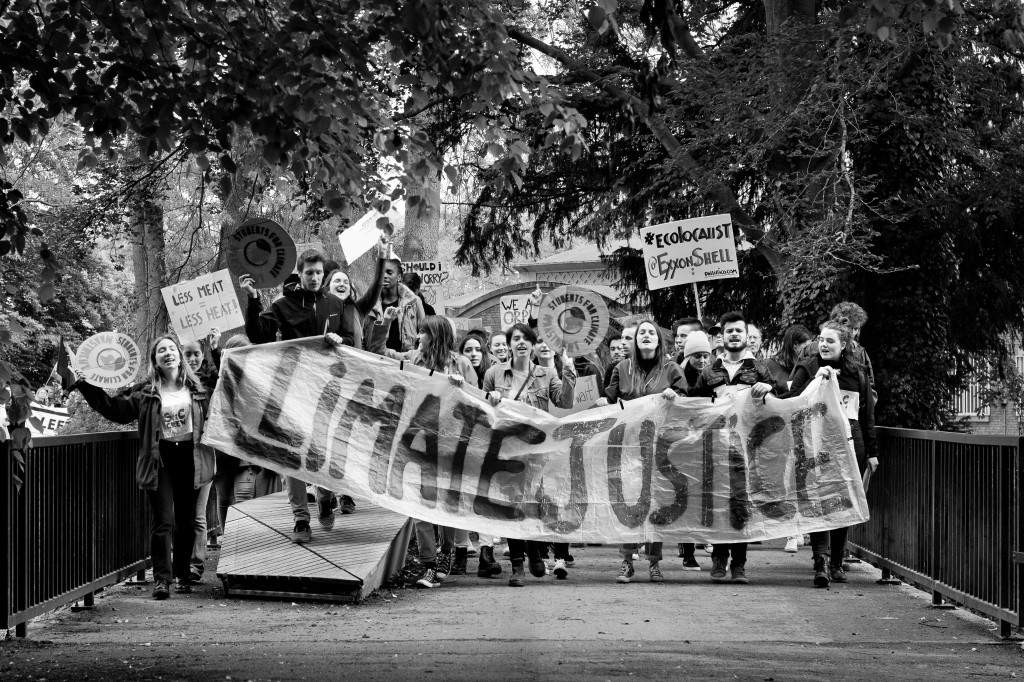 A generation that refuses to remain silent

The youth climate movement is asserting its voice more strongly than ever. Just a month ago, 400 young activists from 197 countries gathered in Milan for a three-day summit ahead of the United Nations Conference of the Parties (COP26), which will take place in Glasgow in November.

The Youth4Climate event ran from Sept. 28 to Sept. 30 and gave young activists the possibility to engage in working groups and present global leaders’ concrete proposals to tackle the climate crisis. Swedish activist Greta Thunberg was among the many young delegates taking part in the Summit, and she managed, once again, to deliver a powerful speech, addressing policymakers for their lack of significant action.

Greta Thunberg underlined an inconsistency of the promises made by world leaders, which are repeatedly unattended to, as evidenced by the statistics showing the rise, instead of the decrease, of carbon emissions.

The young activist claims we need constructive dialogue, but it needs to be followed by concrete action, or all the “blah blah blah” will be worthless.

Her speech seems to embrace two of the most prominent emotions surrounding the climate discourse: anger and disdain on one side and hope on the other. Being aware of how crucial these feelings are to empower people and lead them to action, Thunberg creates a remarkable balance between the two. She reminds global leaders that the eyes of an entire generation are on them and the decisions they will make during COP26.

However, Thunberg was not the only activist to give a meaningful speech during the event: the Ugandan activist Vanessa Nakate drew the attention of world leaders to the catastrophic effects that African countries must endure because of the climate crisis. Despite contributing to only 3% of the global emissions, African people are among the most affected by climate change.

Nakate’s words are deeply moving, because, with her description of famines, droughts, floods, and species extinction, she makes us visualize the devastation the climate crisis is causing to African countries. Her speech is directed towards global leaders. With their inaction, they are responsible for the pain, suffering, and death experienced in the countries of the Global South. When policymakers watch the global temperature rise and do almost nothing to prevent it, they are also observing entire populations lose their livelihood or even their lives.

Thunberg and Nakate are two emblematic figures of the youth climate movement, but they are surely not alone in the fight to safeguard the planet. Four hundred activists from different countries collaborated to produce guidelines for action for global leaders, focusing mainly on four major themes: youth participation in the decision-making process, sustainable recovery, engagement of other crucial non-state actors, and the development of a climate-conscious society. Besides them, thousands of other young activists were present at the Pre-COP26 Summit, demonstrating in the streets to reclaim their right to a clean and safe environment.

This Summit is the latest proof that young climate activists can, and are, making a difference. The youth climate movement continues to grow and demands more effective and immediate action to tackle the climate crisis, so world leaders can no longer ignore it.

In Italy, the number of environmental organizations continues to increase, leading to new landmarks in climate action. For instance, last summer, an organization mobilizing activists in Italy called  Giudizio Universale  (Universal Judgement), filed a  lawsuit against the Italian State for not taking adequate action to reduce carbon emissions.

Hence, the next time you feel scared, sad, angry, or anxious due to the climate crisis and the devastating changes you are witnessing in the world around you, try searching for a community of climate activists who share the same emotions. You could start by approaching the  environmental club of our university,  joining the Fridays For Future movement in Rome,  or one of the many other environmental organizations in Italy.

There are countless environmental groups you could get involved in depending on your interests: you only need to start looking.

Leave a Reply to While World Leaders Throw Coins in the Trevi Fountain, We Wish to Preserve the Planet Cancel reply